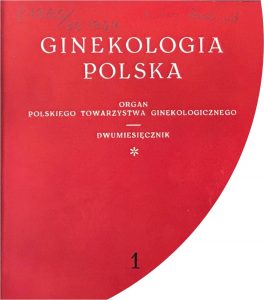 „<<Harmful surgery>> reisited: expert-to-expert discourses on abortion in Poland (1950s – 1960s)” was the title ofpresentation gien by dr Agata Ignaciuk at the Society for the Social History of Medicine Conference in Liverpool. The conference took place on 11 – 13 July 2018 and this years’ theme was titled „Conformity, Dialogue and Deviance in Health and Medicine”.

„Harmufl surgery” was a phrase used by Polish gynecologists to describe abortion in the 50s and 60s professional literature. Dr Ignaciuk’s presentation was based on the analysis of archival issues of „Ginekologia Polska”, an official journal for Polish professionals in the field of gynecology. The journal did not become a forum for a professional debate on what conditions should allow for a legal procedure. Instead, in the 50s and 60s most articles on abortion focused on illegal procedures, performed by non-professionals, which mirrors the slow medicalization of pregnancy termination in that period. More conclusions will be available in an upcoming publication.

You can now watch a video from the seminar dr Agata Ignaciuk gave on the 25th March 2018 at the Ethnology and Anthropology Department, University of Warsaw on our research project „Birth control Cultures in Poland 1945 – 1989”.

The lecture was part of a series of „Anthropology of today – open seminars”. The project is financed by the Ministry of Science and Higher Education as part of an effort of science popularization. The project is carried out by Stowarzyszenie Pracownia Etnograficzna im. Witolda Dynowskiego together with the Ethnology and Anthropology Department, University of Warsaw. 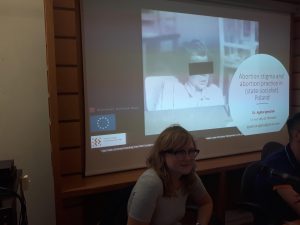 On 15 June 2018, Dr Agata Ignaciuk participated in a symposium on gender, sexuality and family in the era of new nationalisms, organized by the Italian Society of Woman Historians. Her talk was entitled:  „Abortion stigma and abortion practice in (state-socialist) Poland”. 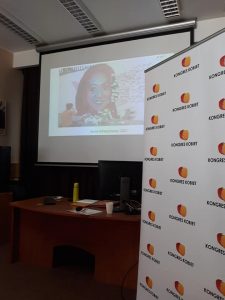 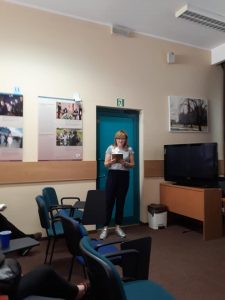 On 6 June 2018, Dr Agata Ignaciuk gave an open lecture at Women’s Studies Center of the University of Łódź. The lecture, entitled „Abortion activism, abortion politics, „abortion culture”, was aimed at the students of GEMMA – Erasmus Mundus Master’s Degree in Women’s and Gender Studies, and organized within the Women’s Congress.

Summary of the lecture:

This lecture maps and analyses different forms of abortion politics and activism during the Cold War era. Focusing on forms of activism such demonstration, writing and assistance (Morgen 2002) I trace ways feminist groups in the US, Italy and Spain worked from the 1960s onwards towards framing abortion as a woman’s right. I also show how, in contemporaneous Central and Eastern Europe, abortion was legal as a part of state-socialist population and health policy but stigmatized on multiple fronts. In case of Poland, this stigmatization, together with the fact that legalizing abortion became crucial part of the decommunization project, has contributed to stabilizing the 1993 anti-abortion law as a “compromise”. Finally, I will discuss some limits to pro-choice discourses and practices (Pollitt 2014), using new pro-abortion activism as an example. 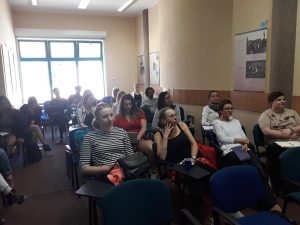 A new academic volume on family planning and reproduction was just published. „Children by Choice? Changing Values, Reproduction, and Family Planning in the 20th Century” edited by Ann-Katrin Gembries, Theresia Theuke, Isabel Heinemann (De Gruyter Oldenbourg Walter de Gruyter GmbH, Berlin/Boston 2018) contains contributions on changing concepts and practices in European countries on both sides of the Iron Curtain. Dr Agata Ignaciuk authored one of the chapters in this volume, titled: „Paradox of the Pill: Oral Contraceptives in Spain and Poland (1960s–1970s).

The chapter discusses the differencial impact of the contraceptive pill on value changes related to family planning in Spain and Poland during the 1960s and the 1970s.  In Spain, the introduction of the pill in the early 1960s boosted medical and social acceptance for contraception in – and despite of – the context of a legal ban on contraceptive propaganda that lasted between 1941 and 1978. In Poland the pill, introduced around the same time, failed to promote a similar value change. The author ponders on the possible roots of these differences, and bases her argument on rich historical research. 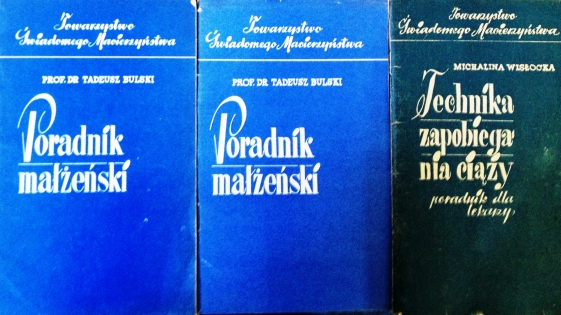 On 23 May 2018 dr Agata Ignaciuk gave an open lecture at the Institute of Ethnology and Cultural Anthropology, Univeristy of Warsaw. The lecture was entitled:

„The shape of the law regulating access to abortion and contraception are topics of undying politial and social controversy. I would like to show how these controversies are rooted in history and that systematic resarch of the past allows us to better understand their genesis. During the lecture I m going to present the aims of my research project „Birth Control Cultures in Poland 1945 – 1989″ and discuss its first results: the popularization of family planning during state socialism in Poland.

By popularizing contraception and stigmatizing abortion, popular medical publications promoted certain models of femininity and masculinity. For women, family planning was supposed to serve their health and beauty and positively influence the wellbeing of the family. Men were portraited as unreliable egoists or brutal alcoholics, with contraception represented as a weapon against sexual violence”.

More about the seminars

On 27 April 2018 dr Agata Ignaciuk gave a lecture at the History Institute Gender Seminar, University of Warsaw. The lecture was entitled „Birth control cultures in Poland 1945 – 1989: gender and the popularization of contraception”.

Agata Ignaciuk, together with her colleague Laura Kelly (Strathclyde University, Glasgow) organized a successful double session on birth control activism and practices in Catholic countries from transnational perspective (with Agnieszka Kościańska as discussant). Agata Ignaciuk also acted as discussant in two other sessions: one on sex education and reproductive politics in 20th century (Eastern) Europe and the other on monitoring teenage sexuality in Europe in the second half of the twentieth century.

On 18-19 December 2017, Dr Agata Ignaciuk took part in a conference „Gender and contraception: What kind of (r)evoutions?” (Paris). She presented a paper entitled: “A guide for a young bride? Gender and the popularisation of contraception in state-socialist Poland (1958-1989)”.
The conference was organized by a research group “Contraception and Genre. Laboratoire Junior”, which gathers researchers working on contraception and gender.

More about the research group